Sunsilk has featured Sunsilk Dashain Vibes campaign winners in ‘Limited Special Edition Dashain Pack’.
To become a part of its consumer’s life in Nepal’s biggest festival, last year, Sunsilk Nepal has launched its immensely successful campaign; Sunsilk Dashain Vibes, which was a digital contest during the Dashain 2021, providing opportunities to Nepali girls to stretch their horizons by showcasing their beautiful hair to get a chance to become associated with the brand as a part of Sunsilk Gang of Girls, according to the company.
Aashina Deula, Pratima Karki and Lalana Chimariya won the Grand Finale of the contest, who joined brand ambassadors Princy and Prisma to represent the brand. Now, as winners of the contest, they get to feature in this year’s ‘Limited Special Edition Dashain Pack’, which is being launched for the first time in Nepal, a press release issued by the company said, adding that the new packs come in 3 different variant; Hairfall Solution, Black Shine and Perfect Straight, which is expected to reach thousands of household across the nation. “Among the 3 newly launched packs, Perfect Straight has been launched in Nepal for the very first time.”
According to the Managing Director of Unilever Nepal, Mr. Amlan Mukherjee, “Sunsilk is arguably the largest beauty brand of Nepal, widely distributed and preferred by millions of consumers. We are proud to introduce the Sunsilk Gang of Girls who are the winners of Sunsilk Dashain Vibes contest launched during Dashain 2021 and it was an unprecedented success. Sunsilk believes that girls thrive when they explore possibilities and here we gave them the opportunity to showcase their beautiful hair and feature in the bottles of Sunsilk Brand. We believe that Beauty is uncomplicated and captured through many means. We want our brands along with our consumers to be associated with local festivals and culture. Sunsilk Dashain Vibes and Sunsilk Gang of Girls activation are among such efforts”.
With Dashain approaching soon, Sunsilk Nepal is also gearing up to launch their highly successful campaign #SunsilkDashainVibes for the second year which will yet again provide opportunities for thousands of Nepali girls to feature in the pack by showcasing their beautiful hair. Sunsilk Dashain Vibes Campaign, amongst its numerous milestones, has garnered over 60M+ views and generated 2854 participation across Facebook, Instagram and TikTok; and is expected to go higher and beyond with Sunsilk Dashain Vibes 2.
Sunsilk Shampoo was first introduced in 1954 as a liquid shampoo. Sunsilk is one of the largest haircare brand in the world and has remained consumer’s favorite for years.

KFC Nepal – known for offering the ‘World’s Tastiest Chicken’ – has launched its first restaurant in Butwal. This

Samsung, one of the world’s leading consumer electronics and smartphones brands, today announced it was 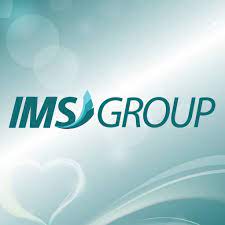